Crunchy Spatial: It's PostGIS, for the Web

Let's put that on a map!

PostGIS has so many cool features that it is possible to do full GIS analyses without ever leaving the SQL language, but... at the end of the day, you want to get those results, show that data, on the map.

The Crunchy Data geospatial team has been thinking about how to bring PostGIS to the web, and we established some basic principles:

The result is a set of micro-service components that we plan on growing over time. The first two services allow us to build simple view-query-display spatial applications:

Because the services are so simple, wrapping them in containers for easy scale out in Kubernetes is straight forward, and allows us to build out scalable back-ends automagically. 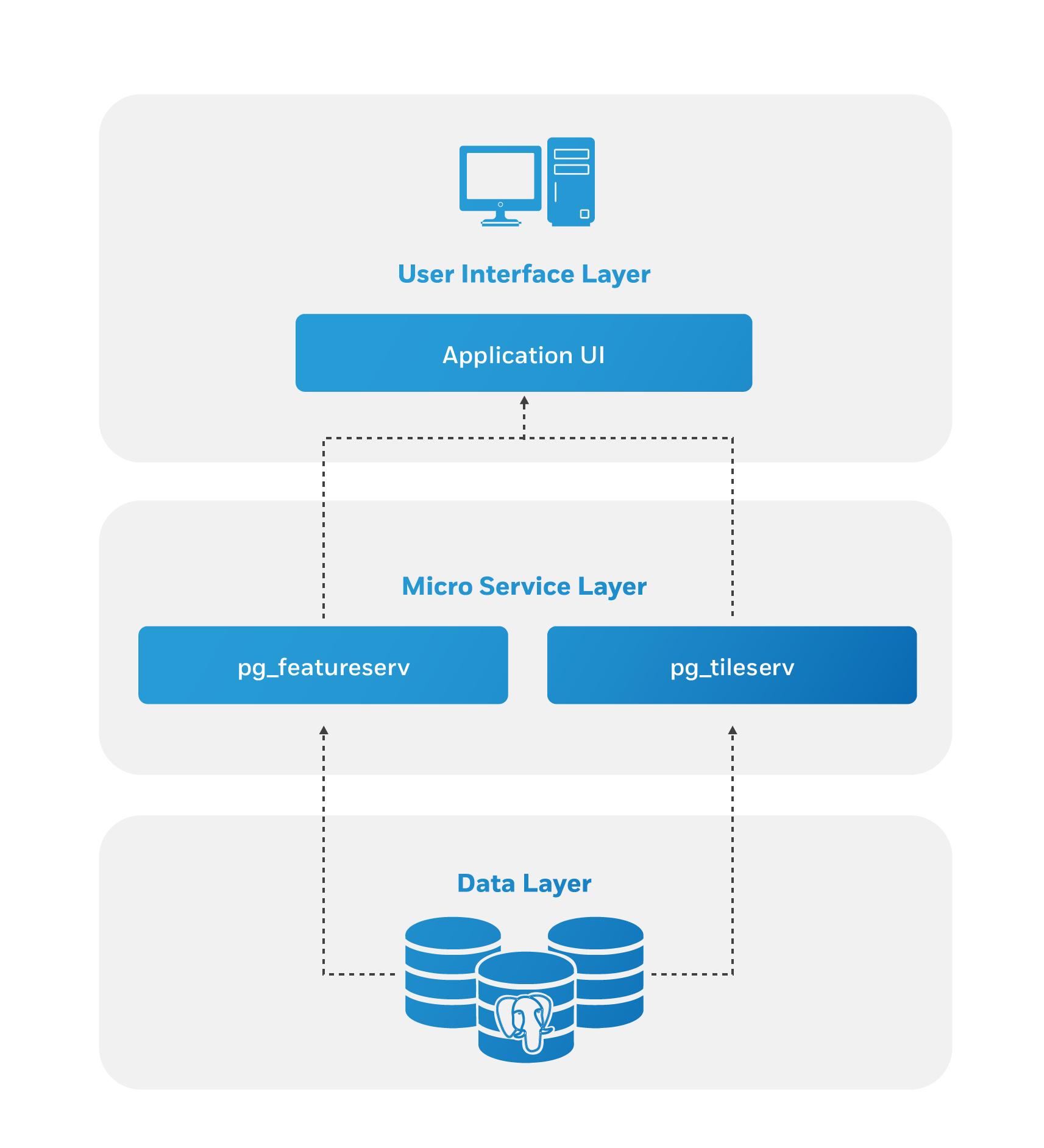 As we add to the collection of services in the Crunchy Spatial offering, we'll be able to add drag'n'drop import, vector base maps, routing and other useful features, all running on a standard, open k8s platform, like OpenShift.

Crunchy Spatial: it's PostGIS, for the web.