Parquet and Postgres in the Data Lake

Parquet and Postgres in the Data Lake 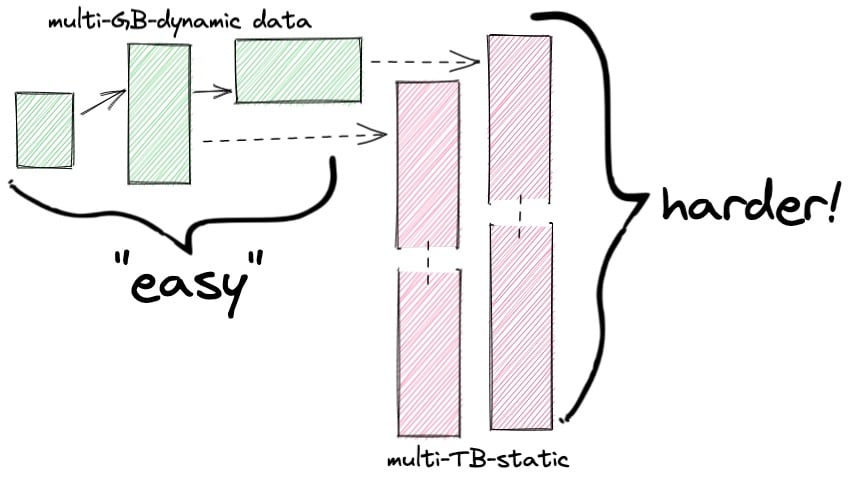 The thing about log tables is, they don't change much. They are append-only by design. They are also queried fairly irregularly, and the queries are often time ranged: "tell me what happened then" or "show me the activities between these dates".

So, one way the Retool migration could have been easier is if their log tables were constructed as time-ranged partitions. That way there'd would only be one "live" table in the partition set (the one with the recent entries) and a larger collection of historical tables. The migration could move the live partition as part of the critical path, and do all the historical partitions later.

Even after breaking up the log tables into manageable chunks they still remain, in aggregate, pretty big! The PostgreSQL documentation on partitioning has some harsh opinions about stale data living at the end of a partition collection:

The simplest option for removing old data is to drop the partition that is no longer necessary.

There's something to that! All those old historical records just fluff up your base backups, and maybe you almost never have occasion to query it.

Is there an alternative to dropping the tables?

Dump Your Data in the Lake

What if there was a storage option that was still durable, allowed access via multiple query tools, and could integrate transparently into your operational transactional database? 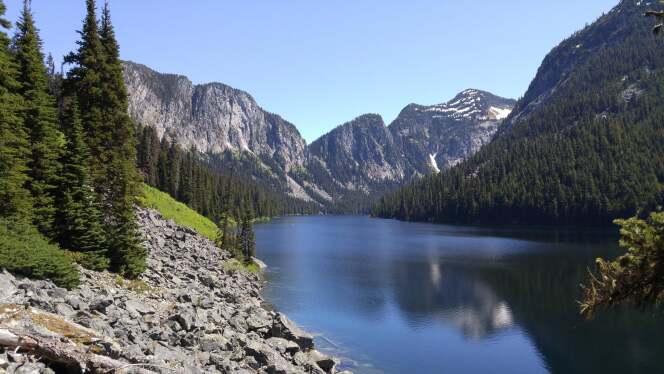 How about: storing the static data in Parquet format but retaining database access to the data via the parquet_fdw?

Sounds a bit crazy, but:

Parquet is a language-independent storage format, designed for online analytics, so:

A standard table in PostgreSQL will be row-oriented on disk. 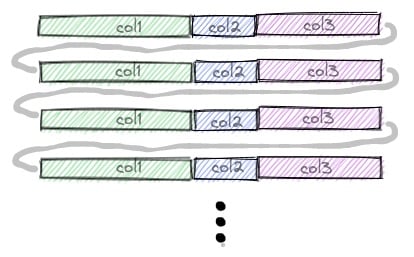 This layout is good for things PostgreSQL is expected to do, like query, insert, update and delete data a "few" records at a time. (The value of "a few" can run into the hundreds of thousands or millions, depending on the operation.) 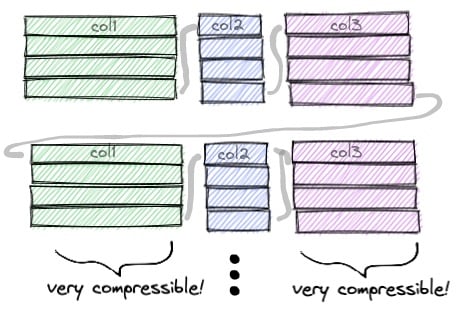 You can see where the Parquet format gets its name: the data is grouped into little squares, like a parquet floor. One of the advantages of grouping data together, is that compression routines tend to work better on data of the same type, and even more so when the data elements have the same values.

Does This Even Work?

In a word "yes", but with some caveats: Parquet has been around for several years, but the ecosystem supporting it is still, relatively, in flux. New releases of the underlying C++ libraries are still coming out regularly, the parquet_fdw is only a couple years old, and so on.

However, I was able to demonstrate to my own satisfaction that things were baked enough to be interesting.

I started with a handy data table of Philadelphia parking infractions, that I used in a previous blog post on spatial joins, and sorted the file by date of infraction, issue_datetime.

OK, so now I have an 8M record data table, good for some bulk data experiments. How big is the table?

How do I get a Parquet file?

This turns out to be way harder than I expected. Most internet advice was around using Python or Spark to convert CSV files into Parquet. In the end, I used the very new (currently unreleased, coming in GDAL 3.5) support for Parquet in GDAL library, and the ogr2ogr command to do the conversion.

For these tests the Parquet file will reside on my local disk in /tmp, though for cloud purposes it might reside on a cloud volume, or even (with the right software) in an object store.

Thanks to data compression, the Parquet file is 20% the size of the database table!

Querying Parquet in PostgreSQL involves a number of parts, which can be challenging to build right now.

Once the FDW and supporting libraries are built, though, everything works just like other FDW extensions.

Compared to the raw table, the Parquet file is similar in performance, usually a little slower. Just blasting through a row count (when the tables are pre-cached in memory).

Similarly, a filter also is slightly faster on PostgreSQL.

The parquet_fdw is very nicely implemented, and will even tell you the execution plan that will be used on the file for a given filter. For example, the previous filter involves opening about 20% of the 132 row groups in the Parquet file.

For plowing through the whole table and doing a summary, the Parquet query is about the same speed as the PostgreSQL query.

My internal model for the performance differences is that, while the Parquet format has some advantages in avoiding unnecessary reads, via row block filtering and accessing only the columns of interest, those advantages are offset by some inefficiencies in converting the raw data from parquet into the internal PostgreSQL formats.

So far the ecosystem of Parquet tools has been dominated by the needs of data science (R and Python) and a handful of cloud OLAP system (Apache Spark), but there's no reason PostgreSQL can't start to partake of this common cloud format goodness, and start to swim in the data lake.