PostGIS and the Geography Type

PostGIS is a "geospatial database" and the "geo" in "geospatial" is an important qualifier: it means that all the coordinates in PostGIS point, lines, and polygons can be located somewhere on the earth.

As we all know (except for a few of us) the earth is not flat, it's round. It's almost a sphere, an "oblate spheroid", slightly wider than it is tall.

The PostGIS "geography" type is a geospatial type that understands coordinates as spherical coordinates, in latitude and longitude.

Here is a small table of world airports, loaded into a geography column.

We can calculate distances between airports with a simple self-join:

The result might look a little funny, because the distances are in meters:

The important part is: you didn't have to think about the units or the fact that all the distances are calculated as great circles over an oblate spheroid, the system just did it for you.

Suppose I run a flight from LAX (Los Angeles) to CDG (Paris), does it make economic sense to stop over in New York? 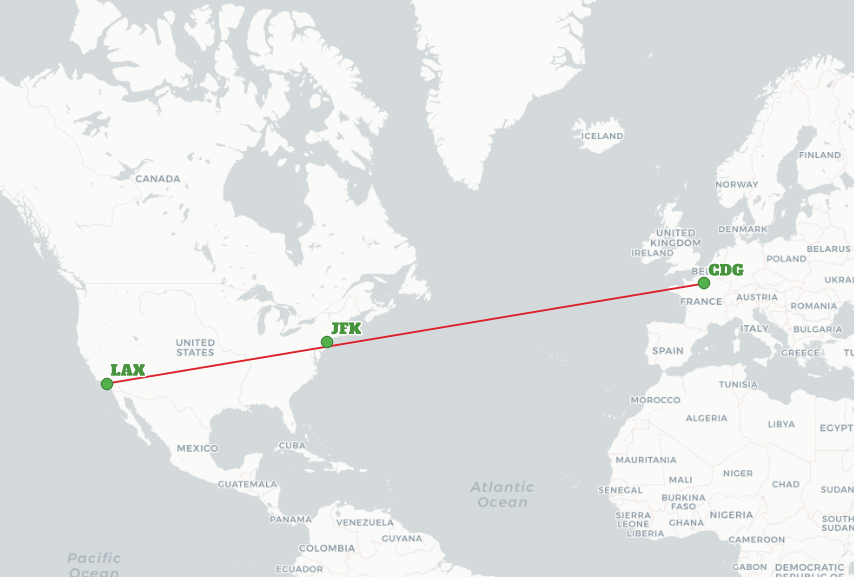 Well, what's the shortest distance between the flight and JFK (New York) airport?

1962 kilometers! Quite a long way. But wait a minute, the route looked really close on the map. Is the system wrong?

No, I was just fooling with the map. The system is correct, the map is wrong. On the sphere, the shortest distance between any two points is a great circle. The straight line on the map wasn't reflective of the actual route. 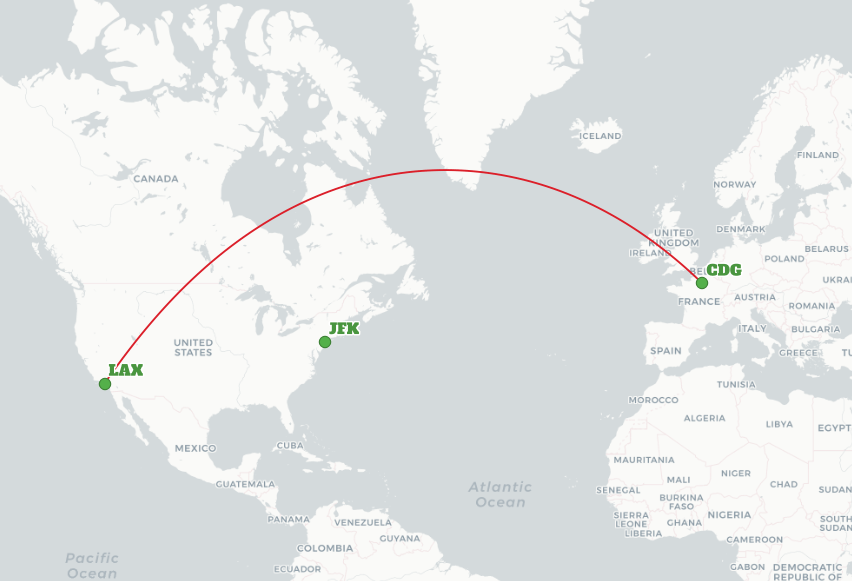 Incidentally, this kind of problem is one that people working with geography grapple with frequently: our intuition about places and routes and shapes in the world is strongly conditioned to a use a cartesian, flat view of the world.

So, should you use the "geography" type all the time?

The benefits of geography we have already shown:

The drawbacks of geography are visible in our final query:

In general, if your working area is geographically small enough (a state, a region, a country) to fit in a projected system, using a projected system and the "geometry" type for all your calculations will result in simpler SQL and faster queries.

But if you have global data, you'll find your system is simpler to code and reason about if you use the "geography" type.

You can learn even more about the geography data type through this interactive course.