Crunchy Data hosted the third annual PostGIS Day on November 18th.This was our second year with a virtual format and another year of record attendance! We had attendees from more than 99 countries. 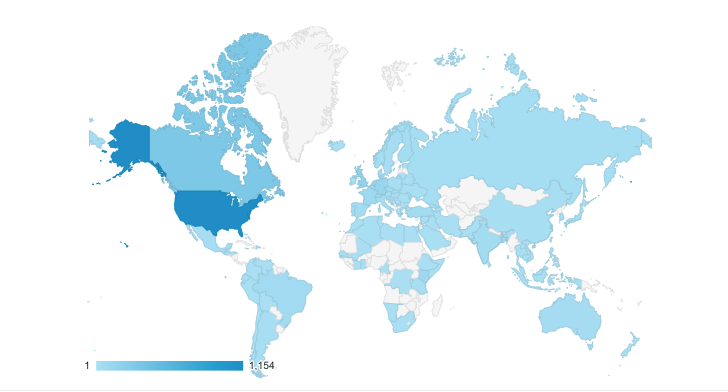 PostGIS is the most popular geospatial database in the world, with:

PostGIS can be deployed anywhere with Postgres, including in Crunchy Bridge Managed Postgres and Crunchy PostgreSQL for Kubernetes. The Crunchy team has a number of contributors to PostGIS itself and we’re personally excited about this year's set of talks. Here’s just a few highlights from some of the talks, and you can view the full collection of PostGIS Day recordings in our YouTube channel.

Sure, when you think “PostGIS” you think “maps”, but actually PostGIS is useful for any problem that involves spatial organization of data. One of the first talks of the day was brought to us by Tom Kazimiers from kazmos GmbH about his use of PostGIS mapping and neuroscience research with the Drosophila brain. Tom works on the CATMAID project, a web-based tool for image collecting network analysis. CATMAID uses PostGIS to store and search the millions of 3D line segments and 3D meshes that represent neurons, synapses and brain compartments.

Another impressive application of PostGIS was included in three talks about managing major climate events.

One of the great things about the whole series of talks was the variety of use cases and open-source tools in the PostGIS ecosystem. We heard several good talks on pg_tileserv and pg_featureserv:

One of the crowd favorites was Regina Obe’s talk on some of the many PostGIS extensions, which included a great visual demonstration of the many geometry manipulation functions. You have to watch it to see!

Of course, some Crunchy folks presented as well. Paul Ramsey showed us some of the ways PostGIS has gotten faster and some tips for performance. Martin Davis presented on creating maps and images using SVG produced right out of PostGIS.

Another thing that got me really excited was the use of PostGIS in new technology like electric vehicles and hands-free navigation.

One of the talks that caught everyone's attention was the talk by Phil Bartie from Herriot-Watt University and William Mackaness from University of Edinburgh about their project SpaceBook, a hands-free map-less audio way-finding system. They combined Open Street Map (OSM) data with photos and other social data to provide pedestrians with real-time walking directions as well as building and landmark descriptions.

That’s a wrap on this year’s PostGIS day. The full collection of videos is available on YouTube. If you need more PostGIS Day, highlights from 2020 are on our blog and we have videos collections from 2020 and 2019 as well. Follow us on Twitter if you want to know as soon as we're planning PostGIS Day 2022. See you next year!