Summarizing data against a fixed grid is a common way of preparing data for analysis. Fixed grids have some advantages over natural and administrative boundaries:

Ideally, we want to be able to generate grids that have some key features:

The ST_SquareGrid(size, bounds) function generates a grid with an origin at (0, 0) in the coordinate plane, and fills in the square bounds of the provided geometry.

So a grid generated using Brazil as the driving geometry looks like this. 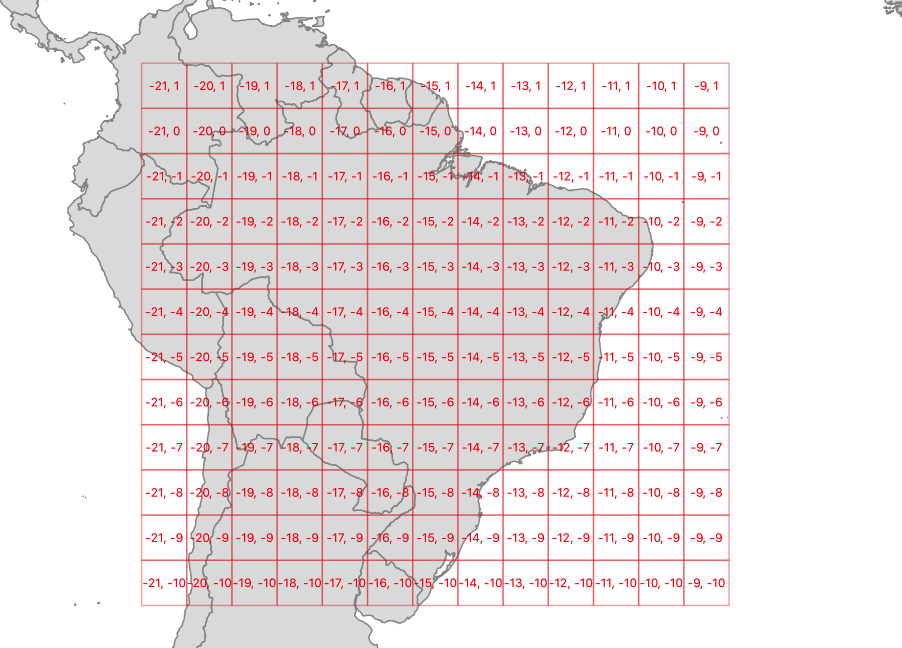 The ST_HexagonGrid(size, bounds) function works much the same as the square grid function.

Hexagons are popular for some cartographic display purposes and modeling purposes. Surprisingly they can also be indexed using the same two-dimensional indexing scheme as squares.

The hexagon grid starts with a (0, 0) hexagon centered at the origin, and the gridding for a bounds includes all hexagons that touch the bounds. 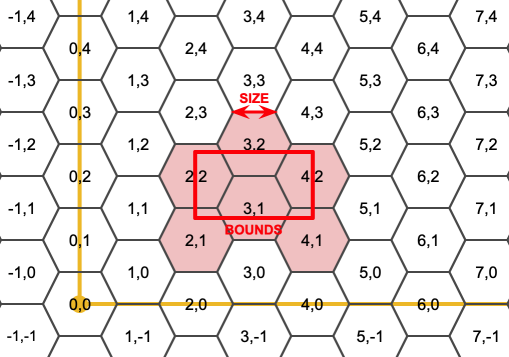 As with the square gridding, the coordinates of hexes are fixed for a particular gridding size. 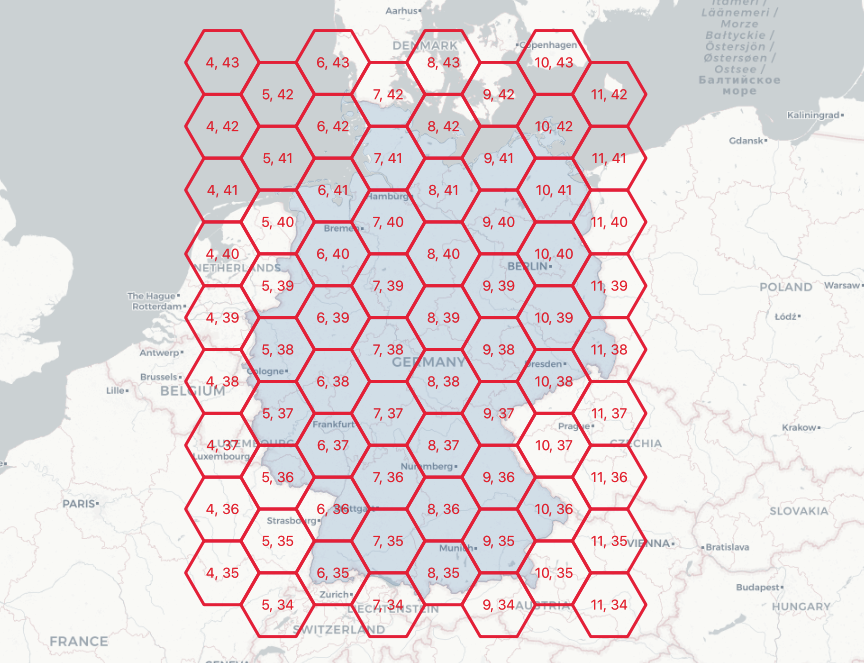 It's possible to materialize grid-based summaries, without actually materializing the grids, using the generator functions to create the desired grids on-the-fly.

Here's a summary of population points, using a hex grid. 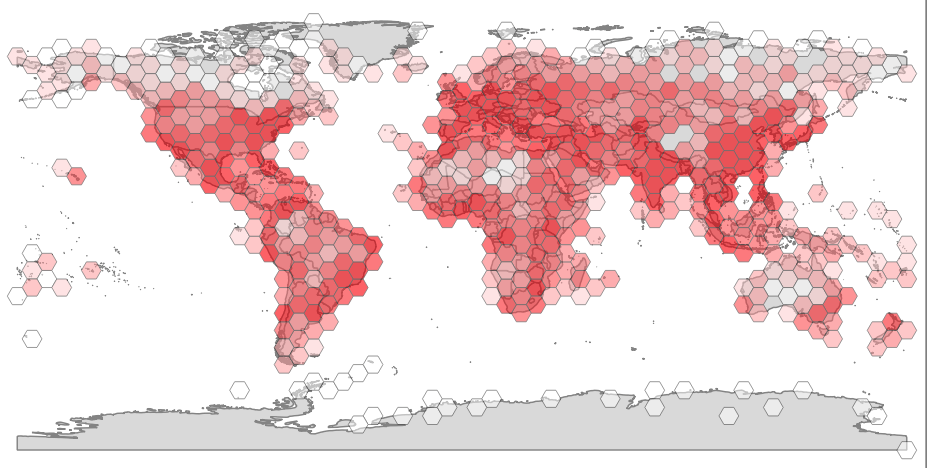 It's also possible to join up on-the-fly gridding to visualization tools, for very dynamic user experiences, feeding these dynamically generated grids out to the end user via pg_tileserv.