Open source developers sometimes have a hard time figuring out what feature to focus on to generate the greatest value for end users. As a result, they will often default to performance.

Performance is the one feature that every user approves of. The software will keep on doing all the same cool stuff, only faster.

For PostGIS 3.1, there have been several performance improvements that, taken together, might add up to a large performance gain for your workloads.

Spatial joins have slowed down by the overhead of large geometry access for a very long time.

PostgreSQL will plan and execute spatial joins like this using a nested loop join, which means iterating through one side of the join, and testing the join condition. This results in executions that look like:

So one side of the test repeats over and over. 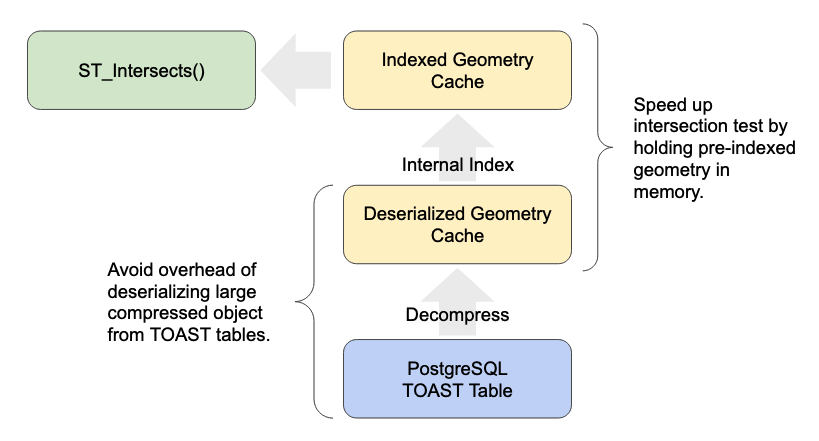 Caching that side and avoiding re-reading the large object for each iteration of the loop makes a huge difference to performance. We have seen 20 times speed-ups in common spatial join workloads (see below).

The fixes are quite technical, but if you are interested we have a detailed write-up available.

The on-disk format for geometry includes a short header that includes information about the geometry bounds, the spatial reference system and dimensionality. That means it's possible for some functions to return an answer after reading a few bytes of the header, rather than the whole object.

It's pretty common for web applications and others to generate text formats inside the database, and the code for doing so was not optimized. Generating "well-known text" (WKT), GeoJSON, and KML output all now use a faster path and avoid unnecessary copying.

PostGIS also now uses the same number-to-text code as PostgreSQL, which has been shown to be faster, and also allows us to expose a little more control over precision to end users.

For the specific use case of spatially joining, here is my favourite test case: 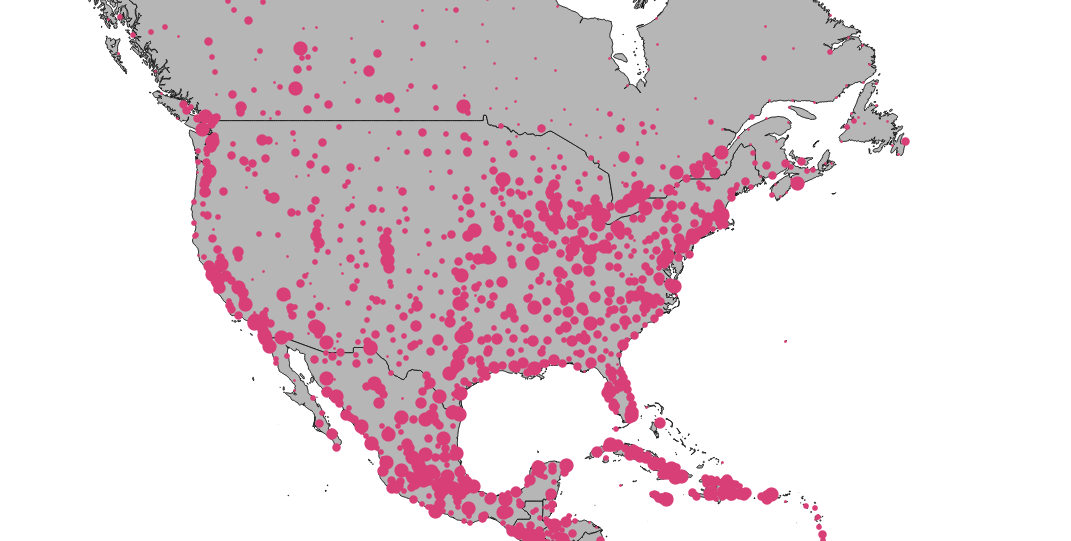 Load the data into both versions.

Run a spatial join that finds the sum of populated places in each country.

This test is somewhat of a worst case scenario, in that there are lots of very large countries in the admin data, but it gives an idea of the kind of speed-ups that are available for spatial joins against collections that include larger (250+ coordinates) geometries.